In loving memory of the CSO’S founder. A visionary and lover of music, Mary Curtis Taylor passed away September 3, 2021.

Taylor grew up playing the violin in her native Kentucky. She started at an early age of 6 and never stopped playing. After receiving a Bachelor of Music degree from Murray State University, where she later earned her master’s in education, Taylor also received a Master of Library Science degree from Vanderbilt University.

After her husband, John, took a job with the Conroe Independent School District, she joined several symphonies in Texas and Louisiana. She then obtained a position in the school district and developed the strings program. Starting with an afterschool program for 5th and 6th graders, Taylor eventually expanded the program to include middle school and high school students.

“They had a band, choir and theater – but no orchestra at all,” Taylor said, so she changed that; recruiting all the teachers necessary to make the dream a reality.

Then, about 20 years ago, Taylor moved on to her next mission: Organizing the Conroe Symphony under the direction of Herb Armentrout. “I had been a symphony musician all my life, and I thought we needed to give this to the community,” Taylor said. “Conroe is a great city, with country music and barbecue, but I thought we needed another avenue for music here – the symphony.”

Her wish was to one day see the symphony move into its own performance hall.

“Mary Curtis Taylor is a total visionary in every sense of the word,” Annette Spikes, president of the Greater Conroe Arts Alliance, said. “She’s an inspired leader with an eye on the future. She’s inventive and creative – and has the imagination and follow-through to accomplish great tasks.”

In lieu of customary remembrances, memorial contributions in Mary Curtis Taylor’s name may be directed to the Conroe Symphony Orchestra, 1500 N. Frazier St. Conroe TX 77301. She will be buried at the Historic Cave Hill Cemetery, Louisville KY.

Rest in peace, sweet Mary. And thanks for your incredible contribution to sharing music with our community. 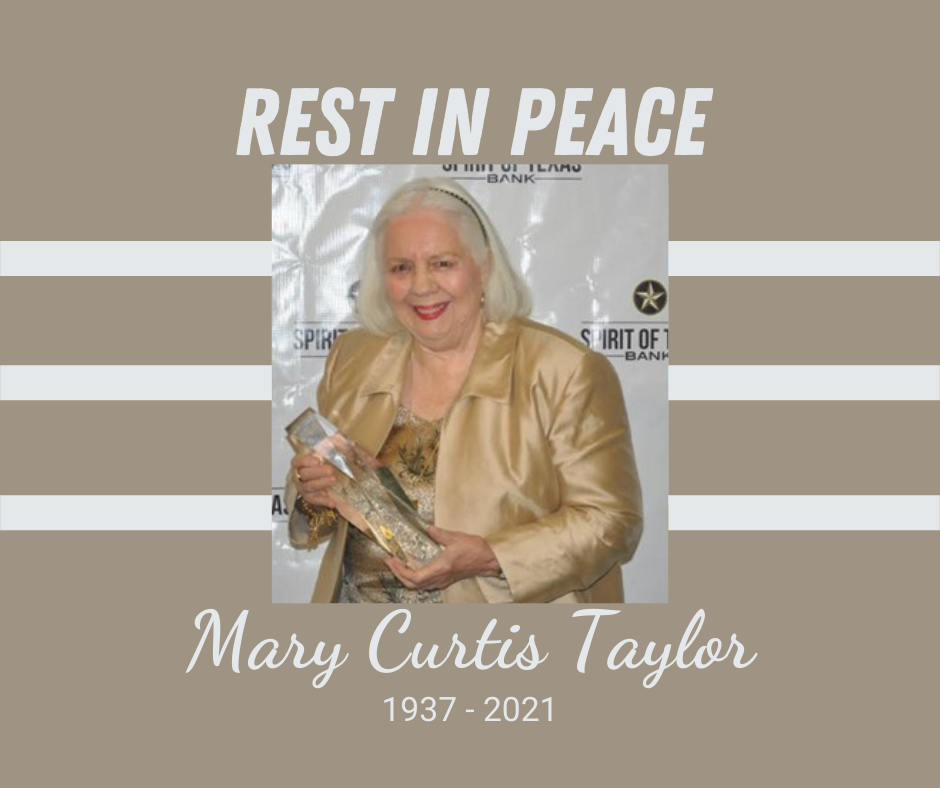