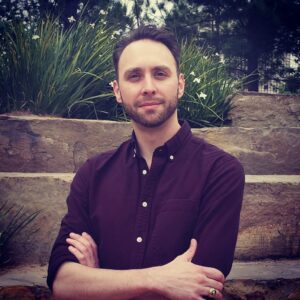 Myles Nardinger is a conductor and pianist currently completing his doctorate in music at the University of Houston, where he has been the assistant conductor and general manager for the Moores School of Music Orchestras.

Previously, he served as the assistant conductor for Butler University Ballet in Indianapolis participating in productions of The Nutcracker, Swan Lake, Sleeping Beauty, Giselle, and Coppélia. As a music director and a conductor, Mr. Nardinger’s past productions include La Traviata, La Cenerentola, Guys and Dolls, Gypsy, The 25th Annual Putnam County Spelling Bee, The Secret Garden, and Batboy: The Musical.

As a collaborative artist, he has performed at The Finger Lakes Music Festival in New York and La Musica Lirica opera festival in Italy as well as accompanied for Indianapolis Opera, Ball State University Opera Theatre, Butler University Opera, and the Virginia City Players in Montana. In 2016, Mr. Nardinger assisted in editing the opera of Kurt Vonnegut’s Happy Birthday Wanda June by Richard Auldon Clark and acted as principal coach for the production of its world premiere with Indianapolis Opera.